(EDITOR’S NOTE: This first appeared as a blog in Skirt Magazine)

When I was a child, the first day of summer was a day of extraordinary luxury for me. My mom would take me to the library right after the last school bell and I could get out as many books as I wanted.

The deliberations could last all afternoon. What to get? Mysteries featuring Nancy Drew? Adventures featuring nurse Cherry Ames? Or the Judy Blume books with the angst of the teenager I hoped to become?

The best part was the official first day of summer. I was allowed to stay in bed as long as I wanted. No miser counted gold with more avidity than I paged through my library books, reading the synopses and the first pages to decide which book I’d start with. The slick plastic-covered books, the slightly musty smell, the stamped library card that became my de facto bookmark…library books were a sensory door to summer.

Eventually, the smell of bacon would tempt me from my lair. But after a quick breakfast, I’d slip on shorts and an old t-shirt, tucking my bare feet under the covers to keep them warm in the air-conditioned room, and immerse myself again in whatever faraway world the chosen book was creating.

I was allowed to bring the book to the lunch table on that first magical day of summer. And I would keep reading until I needed to flip on my bedside table lamp.

My dad died on the last day of June this year. It was not an anticipated death: he was healthy, and longevity ran in his family. Suddenly, there was no more time for the planned visit this fall, the Christmas together, the smoothing out of recent relationship bumps. Would my dad have lived differently if he had known he had so little time left? I doubt it. After my mom died three years ago, he became the most carpe diem of carpe diem dads. He had seen mortality and it made him a dessert-first kinda guy.

His death – and the scorching day it took place in New Orleans — made me think about summer. About the fact that true luxury isn’t a tottering stack of library books or a stuffed closet or even a burgeoning bank account. Luxury is the feeling that there is so much time that you can waste it, can consume it in great careless gulps without worrying about saving little sips for later. 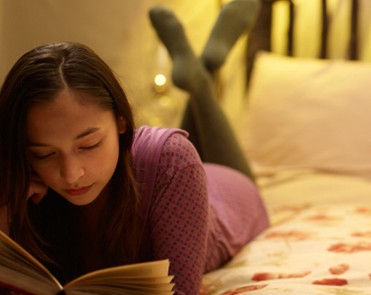 3 thoughts on “Summertime and Time”